Just How Bad Are Sodas For Your Teeth?

If you were to swish your mouth out with lemon juice as you would with an alcoholic mouthwash (I’m not sure what would drive you to do this, let’s say it’s the newest youtube challenge, the Lemon-swish-challenge! Can you stand the sour?). So you go to your refrigerator, grab that bottle of lemon juice you use only as an ingredient in baking recipes and you take a big swig. You squint your eyes and pucker your lips, but it doesn’t “hurt”; the experience is kinda fun, like eating Sour Patch Kids or Warheads. The acids that give the taste that wonderful sour zing unfortunately is what makes these juices damaging to teeth. 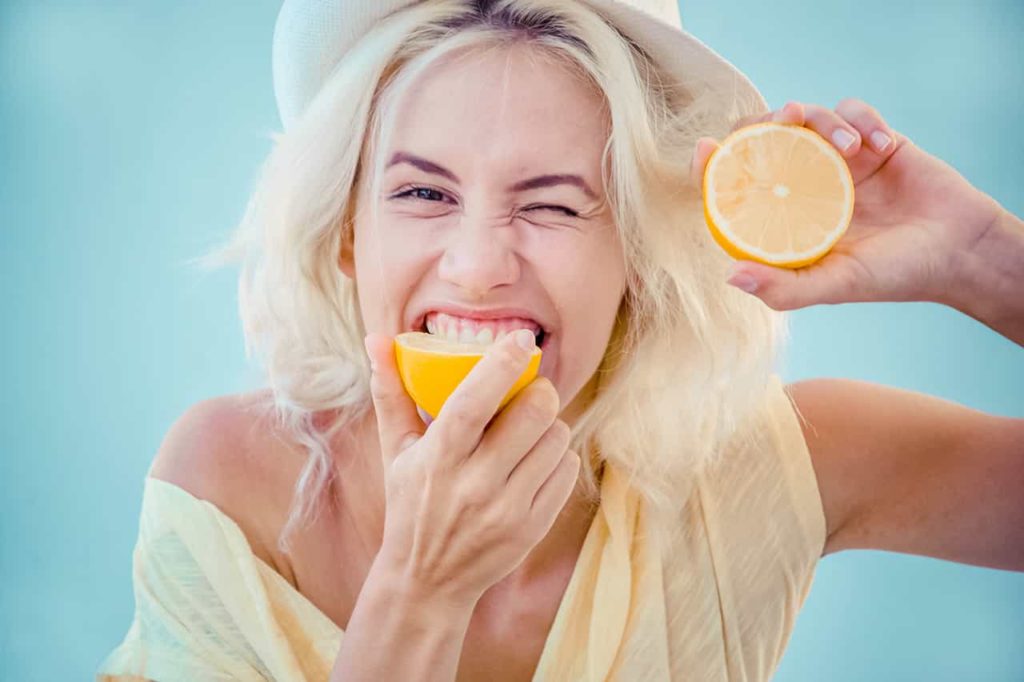 Coca-Cola is not a naturally occurring liquid. It is not the juice of some odd fruit. In fact it no longer contains the Cola nut and contains only the flavor components of the Coca tree, with none of the stimulant components. Coca-Cola has almost always contained phosphoric acid though, and despite the high sugar and caffeine content, it’s this chemical that causes real issues for oral health. Snopes is quick to point out that these acids are not present in high enough doses to dissolve teeth, so while you could remove your teeth and place them in Coca-Cola for an extended period of time and see some dissolving of the enamel, they won’t bubble and disappear before your eyes, but that doesn’t mean they aren’t harmful to your teeth.

The phosphoric acid added to Coca-Cola Classic gives the beverage a pH of 2.37, one of the lowest pH scores of the beverages tested by the ADA, with only lemon juice (2.25) and RC Cola (2.32) lower. These very low pH numbers mean these beverages are highly acidic. That makes Coca-Cola one of the most erosive beverages you can consume.

Phosphoric acid is added to Coke Zero, Coke Zero Sugar, and Diet Coke. If you consume these beverages because you believe them to be better for your oral health than Coca-Cola Classic, I am sorry to inform you that is not the case. All Coke products are differing degrees of very bad for your teeth, and are not advised for dieting either.

For Coca-Cola, phosphorus is mined and refined into phosphoric acid. I was surprised to learn it’s a rock dug out of the ground that gives Coke much of it’s flavor. Phosphoric acid or phosphates are also added to milk and other dairy products for added shelf life, but they are not in nearly as high a concentration, especially since milk has a pH around 6.3, making it very neutral and useful in tempering the effects of acids, like acid reflux. It isn’t merely the presence of phosphoric acid that makes sodas dangerous for your oral health, it is the high concentration resulting in a very low pH, which damages teeth.

Now phosphoric acid isn’t the only chemical causing problems for your oral health in soda. Since soda is carbonated, it also contains a fair amount of carbonic acid. The fizzier your drink, the more acid is potentially harming your teeth. That tingly feeling is doing more than make your Royal Canadian Cola delicious unfortunately.

I don’t think I need to mention how bad the sugar content of Coca-Cola is for your oral health. The huge amounts of high fructose corn syrup (or cane sugar if you’ve purchased a glass bottled in Mexico) can be a major cause of weight gain and give bacteria the perfect environment to eat away at your tooth enamel. The sugar content of these beverages was a rather obvious place to look for the dangers of soda on oral health, so I instead decided to focus here on the effects of acids in soda, something that fewer people know about, that actually contributes more to the detrimental effects of colas on tooth enamel.

Now you have one more reason to steer away from Coca-Cola Classic and other soda beverages the next time you’re at the store or eating out. It’s important to mention that these beverages are not the work of the devil and consuming them will not irreversibly damage your teeth. If you enjoy drinking Coke, it can be perfectly healthy, if consumed in moderation and alongside proper oral hygiene. This blog post was not meant to scare you away from your favorite fountain drink, but to make you slightly more mindful when you choose beverages and hopefully give you a few more years with your pearly whites.

Next, but what about seltzers?

Have you scheduled your next appointment? Call us today and we’d be happy to help!

Do You Have a Question about
Dentistry in Vancouver?
Ask Dr. Newkirk Now!