What Makes a Beverage Harmful to Your Mouth? 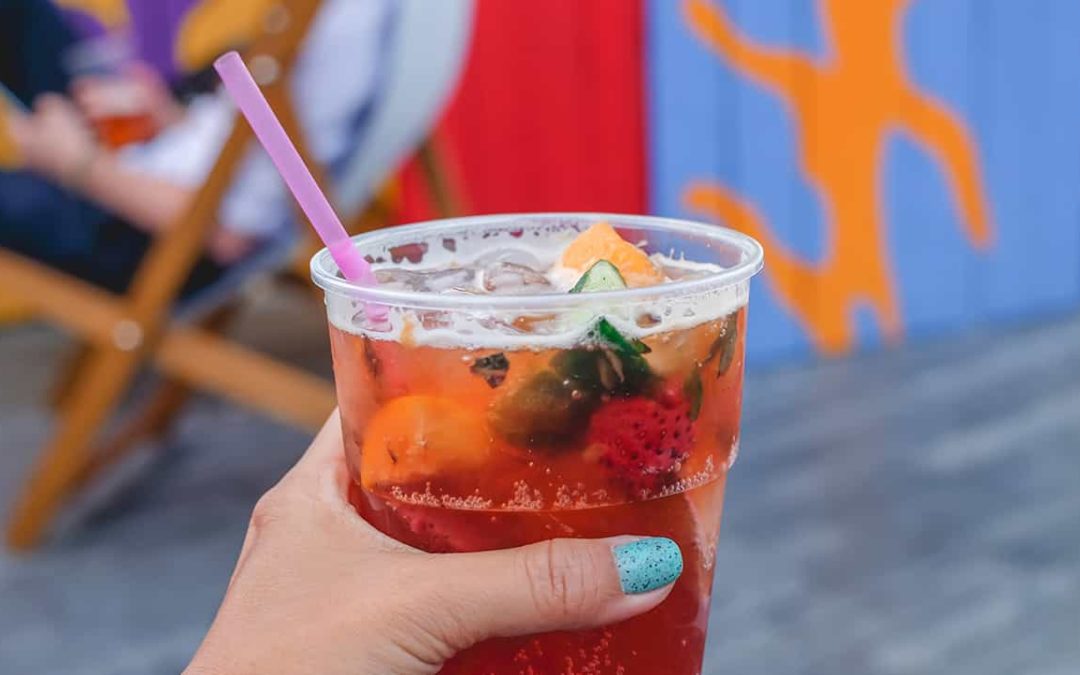 This can seem like an easy question, some ingredients in the drink are causing some kind of damage to your mouth. A common ingredient of soda, and juice is citric, or other organic acid. Acid gives a pleasant sour flavor, but also actively dissolves the enamel of teeth.

If your beverage contains ice, and you decide to chew that incredibly hard surface, don’t be surprised if you chip a tooth.

A beverage may also add to the growth of dangerous microbiota in the mouth. Drinking lots of sugary drinks changes the chemical makeup of your mouth. Things that you find tasty, especially sugars, are also tasty to numerous species of bacteria, who live in your mouth normally, but when presented with an extra snack, can grow to dangerous numbers, leading to a greater chance for cavities and bad breath.

Most of us understand these concepts, but don’t let them actually change our lifestyles. I think a large part of this is because these types of articles don’t tend to come with a lot of hard numbers, and tend to boil down any numbers into blanket statements, usually heavily implying that one of your lifestyle choices is actively killing you. Let’s get the story straight. In the next few months we’ll look at a range of beverages and what exactly they are doing to damage your teeth. The hope is to unpack the deeper truths to oral health that lay behind statements like “Soda dissolves your teeth” and “Fruit juice gives you cavities” so we can make wise decisions regarding our oral health.

All solutions dissolved in water have a measurable number of hydrogen ions within them. That concentration of hydrogen ions is what is described by a substance’s pH. pH is a logarithmic scale, with tap water in the exact middle, neither acidic or basic, at a pH of 7. Stangly the only food I can find above an 8 on the pH scale is a conch saltwater muscle. The vast majority of foods fall well below 7, with many as high as 2.5, like Coca Cola and Lemon Juice. Alkaline (or basic) foods are not going to hurt you. They are few and far between and are only minimally basic. I would still consult your dentist before eating a wild caught giant conch, but maybe just to brag.

Here are the primary acids found in beverages:

What acids actually do to your teeth is rather complicated. Here I will quote the ADA directly:

“hydrogen ions interact with the surface fluorapatite and hydroxyapatite crystals after diffusion through plaque-pellicle biofilm—a process termed proton-promoted dissolution… The pH of extrinsic solutions (dietary beverages) coming into contact with the dentition [teeth] appears to be the main determinant of dental erosion; the hydrogen ion concentration or acidity, as measured in pH, is primarily responsible for the immediate dissolution and softening of surface tooth structure (erosive potential) by acidic beverages composed of weak acids… Teeth erode in the pH range of 2.0 to 4.0, although surface enamel starts to demineralize as the pH drops to less than 5.5 when the external milieu of the oral cavity becomes undersaturated for hydroxyapatite.”

In layman’s terms, the largest cause of tooth decay is beverages. Acidic beverages cause the enamel protecting your teeth to break down. Tooth enamel demineralizes in every beverage you are likely to consume (more on this later) but is most prominent the higher the acid content, with beverages below 4 being damaging to teeth and above 3 being very damaging.

We will cover specific beverages in greater detail, but to reiterate a point you may have missed, ALL beverages are in some little itsy bitsy way damaging to your teeth. Tap water lacks calcium which means your teeth leach calcium in its presence (through osmosis). Milk contains sugar, so while it is rather neutral in pH and contains calcium, it also aids in the production of unhealthy bacteria in the mouth. That doesn’t mean you should stop drinking entirely. Understand that just because a beverage is damaging to your teeth doesn’t mean you need to avoid it completely. My hope is not to scare you away from the harmful effects of certain drinks, but rather to help you make more wise decisions and be a little more mindful as your approach the soda machine.

Next is a deeper dive into the world of sodas!

Do You Have a Question about
Dentistry in Vancouver?
Ask Dr. Newkirk Now!